Windermere and Zillow Economists Come Together To Discuss Housing 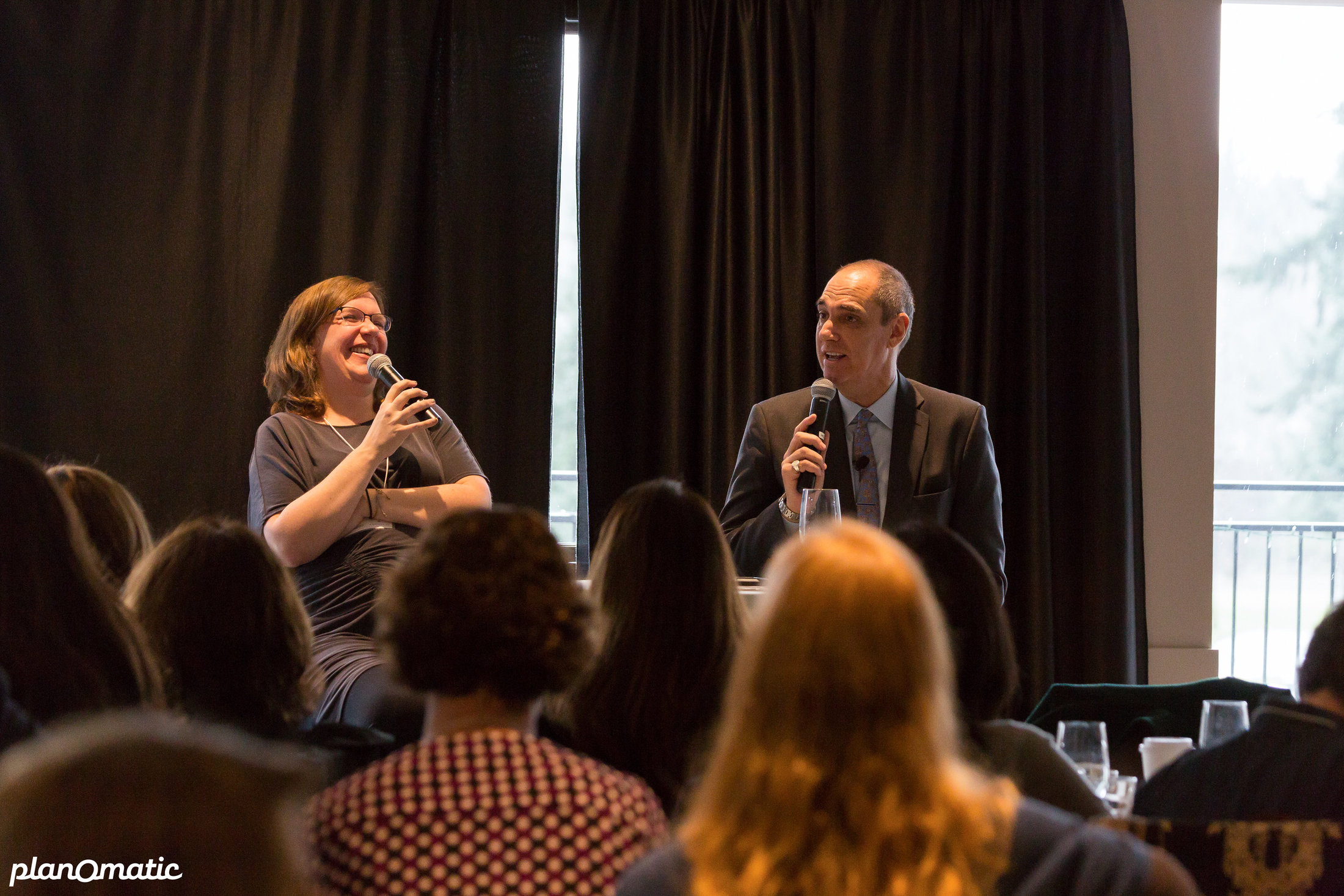 Earlier this week, nearly 200 Windermere brokers came together at Windermere’s monthly luxury breakfast at Overlake Golf Club in Medina, WA. The featured speakers were Windermere Chief Economist, Matthew Gardner, and Zillow Senior Economist, Skylar Olsen. Matthew interviewed Skylar on a number of topics related to the housing market and economy, including interest rates, inventory levels, Millennials, and where they predict Amazon will open their second headquarters (they both are betting on Austin, TX).

The two economists discussed the overall health of the housing market. Both predict sales to soften a little this year, but still remain strong overall. When asked about interest rates, Skylar stated that she believes they will land just below 5 percent by the end of 2018 and rise to around 6 percent by early 2019. They noted that luxury home prices have slowed a little in certain cities, with the exception of places like Seattle and San Francisco, where the economies and job growth are very strong.

On the opposite end of the spectrum, Matthew and Skylar addressed first time buyers – and more specifically – Millennial home buyers. Both say this generation will play an increasingly important role in the health of the housing market, but their biggest obstacle is saving enough money for a down payment. Skylar stated that more than 25 percent of first time buyers end up borrowing from the “bank of Mom and Dad” in order to be able to afford a home. With rapidly rising prices in many cities across the US, both agree that there probably isn’t much relief in sight in the near term for these buyers.

It was an honor to have two such well-respected economists on hand to provide their insights into the housing market. For more information about Matthew Gardner, and to read his analysis of regional markets throughout the Western. U.S., please visit: https://www.windermere.com/economics.

Related Articles
Economics 101 Expert Opinion This week, take a listen to Matthew Gardner, Windermere’s Chief Economist as he discusses the current state of the housing market.​​​​​​​   He takes a deep dive into interest rates, price appreciation and where the market is headed.   You can watch his video HERE
Blog Zillow’s Shut Down On Wednesday Zillow announced the shut down of its iBuying program because of mounting financial losses and increasing complexity in the real estate market. The goal of this program was to buy properties directly from Sellers and then re-sell them for a profit. Before looking at the interesting facts and numbers associated with this news, […]
Blog Q1 2021 Colorado Real Estate Market Update The following analysis of the Metro Denver & Northern Colorado real estate market is provided by Windermere Real Estate Chief Economist Matthew Gardner. We hope that this information may assist you with making better-informed real estate decisions. For further information about the housing market in your area, please don’t hesitate to contact your Windermere Real […]